Chicago, April 5: The Struggle for Land and Labor – Workers’ Rights in Palestine 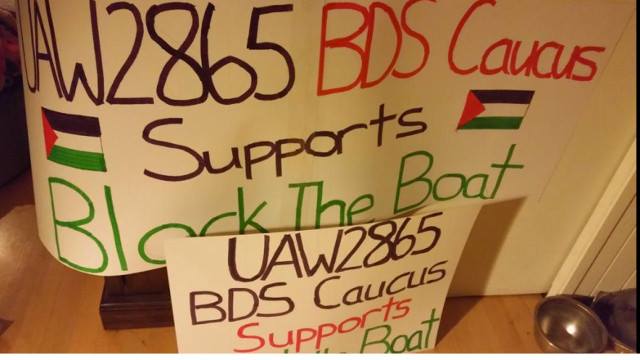 Join Manawel Abdel-All of the Palestinian General Federation of Trade Unions (PGFTU) as he shares the struggles of Palestinian workers and discusses the call by Palestinian civil society, including labor unions, for the use of Boycott, Divestment and Sanctions (BDS) as a strategy to pressure Israel into:

1. Ending its occupation and colonization of all Arab lands occupied in June 1967 and dismantling the Wall.

2. Recognizing the fundamental rights of the Arab-Palestinian citizens of Israel to full equality.

3. Respecting, protecting and promoting the rights of Palestinian refugees to return to their homes and properties as stipulated in UN Resolution 194.

Our host, the United Electrical Workers (UE), is proud to be the first national U.S. union to endorse BDS!

The International Trade Union Confederation, a global confederation of labor unions, has long criticized Israel for extreme abuse of Palestinian workers and denial of trade union rights, saying: “It is impossible for workers to enjoy their rights in a country where governmental institutions have fundamentally failed to hold those who are responsible for systematic violations of human rights and humanitarian law accountable. Respect for the rule of law is essential when it comes to the protection of the rights of workers.”

Register for Event: Chicago, April 5: The Struggle for Land and Labor – Workers’ Rights in Palestine