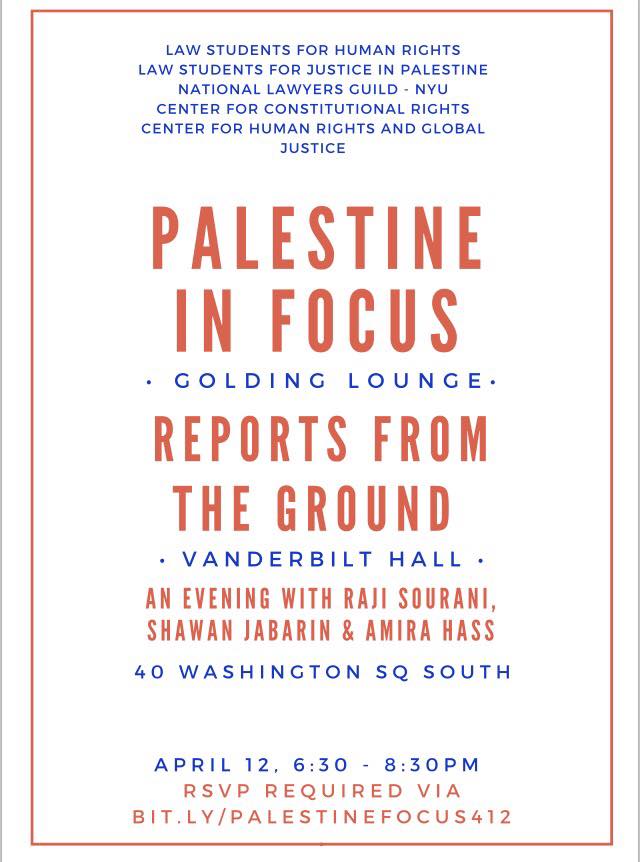 In this rare visit to the United States, leading Palestinian human rights defenders Raji Sourani and Shawan Jabarin will provide timely perspectives from the ground in Gaza-under-closure and in the aftermath of the July/August 2014 offensive, and the dynamic situation in the West Bank, including East Jerusalem. They will also discuss ongoing efforts to protect basic human rights and struggles for accountability for widespread violations, including before the International Criminal Court. They will be joined by Amira Hass, who has served as Haaretz’s correspondent in the Occupied Palestinian Territory since 1993. Moderated by Jamil Dakwar, Director of the ACLU Human Rights Program

Raji Sourani is the founder and director of the Gaza-based Palestinian Center for Human Rights. Raji also works with a number of human rights organizations and movements, including the International Association of Democratic Lawyers and the International Commission of Jurists, and was the recipient of the 2013 Right Livelihood (also known as the “Alternative Nobel Prize”) award.

Shawan Jabarin is the General Director of al-Haq, the oldest Palestinian human rights organization. A well-known human rights advocate, Shawan currently serves as Vice-President of the International Federation for Human Rights (FIDH), a member of Human Rights Watch Middle East and North Africa Division Advisory Committee, and as an ICJ Commissioner.Amira Hass has been a journalist with Haaretz since 1989 and is currently a member of the Global Faculty in Residence at New York University Gallatin School. Among her other books is Drinking the Sea at Gaza: Days and Nights in a Land under Siege.Jamil Dakwar, Director of the American Civil Liberties Union’s (ACLU) Human Rights Program (HRP) will moderate the discussion.Center for Constitutional Rights
Center for Human Rights and Global Justice at NYU School of Law
Law Students for Justice in Palestine
Law Students for Human Rights
National Lawyers Guild – NYU
RSVP: bit.ly/palestinefocus412
Facebook: https://www.facebook.com/events/1138143082903336/